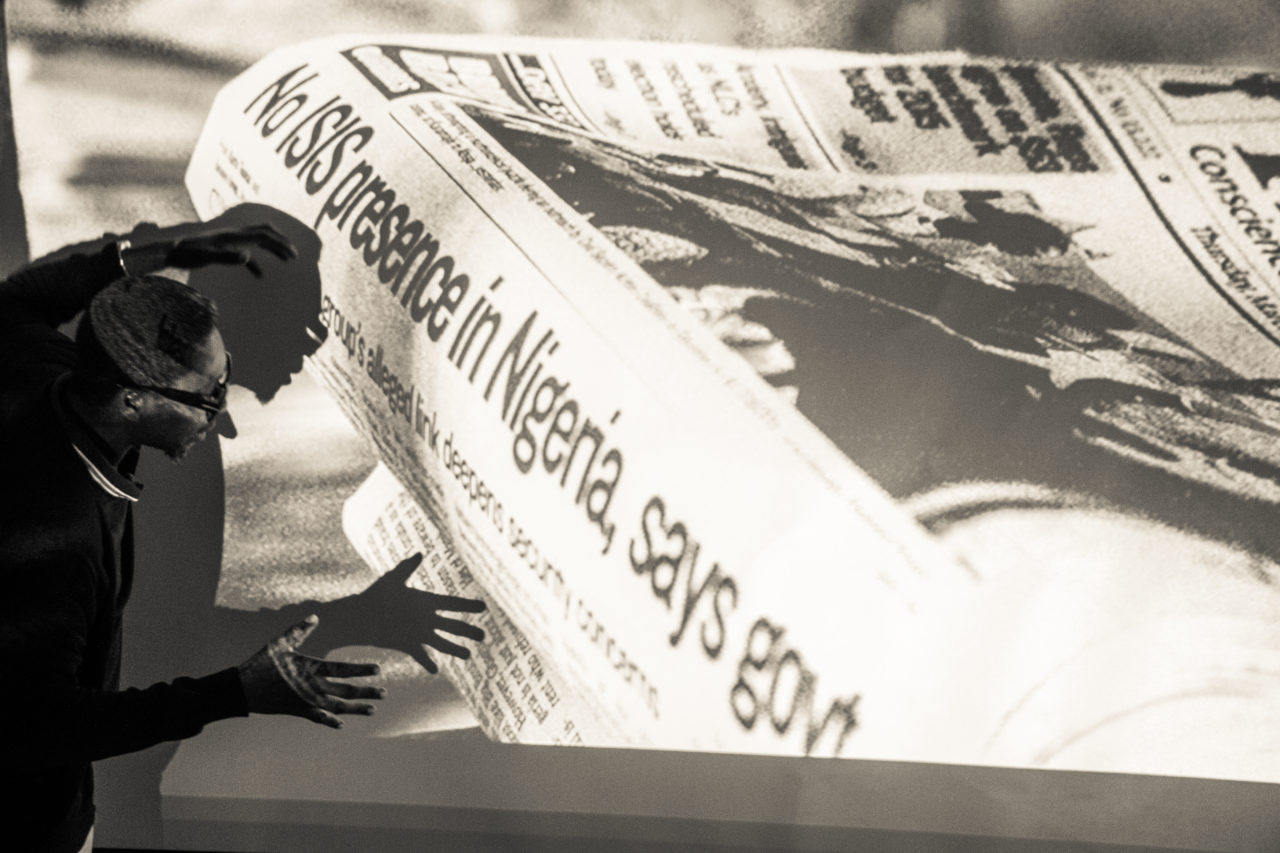 Originally inhabited by the Awori subgroup of Yorubas in the area presently known as Iddo and then to the larger Lagos Island. Conquered by the Bini warlords, converted to a war camp called “Eko”. To the Portuguese, Lagos was a “Lake”! Jumping events in history in to the 19th century, the British chased out the Portuguese and by August 6, 1861 Lagos had become a Protectorate through a series of horse-trading, arm-twisting and threats.

Lagos is, however, the most populous city in Nigeria, the second fastest-growing city in Africa and the seventh in the world. Is an emerging cultural and artistic center in Africa and is at the same time establishing some level of relevance in the international art world. The city has continued to attract attention and only recently was mentioned in a book published by Phaidon as one of the 21st century avant gardes that will challenge the perception of the exclusive art world with cities like Los Angeles, Berlin, London, Paris etc. A vast urban sprawl and home to over 18 million people, Lagos has a unique urban aesthetics adorned with numerous idiosyncrasies. Today Lagos has expanded both in population and urban area with a good measure of economic growth.

The vast number of cars with its chaotic but improving traffic jams, the now common construction sites showing a city on the mend and transformation, the very popular ‘Danfo’ and ‘Molue’ buses, the ever present LASTMA officials who dot every nook and cranny of the city trying to help to solve gridlock traffic situations and the more comfortable LAMATA and LAGBUS buses. All these elements give the city its unique character as a space for artistic, cultural and social discourses for artists, writers, curators and other practitioners. Lagos is both a boiling point and a melting pot where individuals from the nook and cranny of Nigeria converge to chart their paths, discover themselves, fulfill livelong nurtured dreams and achieve their envisioned future. In Lagos lies the ability to explore and create. It is also a space of unlimited and unimagined possibilities and creative inspirations. Anybody can succeed in this city where subjects are never lacking or in want.

Contemporary issues that beguile this massive human enclave can be seen in the portfolios of several artists in Lagos and it ranges from subjects like the socio-economic life of the people, religion, affluence, fashion, depravity, gentrification, Nigerian hip hop music and the Nollywood movie scenes. The subject is unending.

However, the ongoing arguments and conversations concerning the identity of Lagos will be the key focus of this workshop as the faculty and participants will put the development of the city in line with contemporary multicultural perspectives, which emphasise the heterogeneity of its ethnic composition in modern Nigeria as one of the important assets to the evolution of the space and mass.

The workshop apart from finding what makes Lagos a modern day phenomenon through the lenses of the participants in any of their chosen genre (be it conceptual, documentary, photojournalistic and narrative), will also look at the traditional representation of the Lagos identity focused on the ideology of the miscegenation of cultures and tribes with more complex themes of ethnicity based on the inclusion of a variety of groups. It is this identity, which is contributing to the new image of Lagos as a cosmopolis – plural, complex and modern!